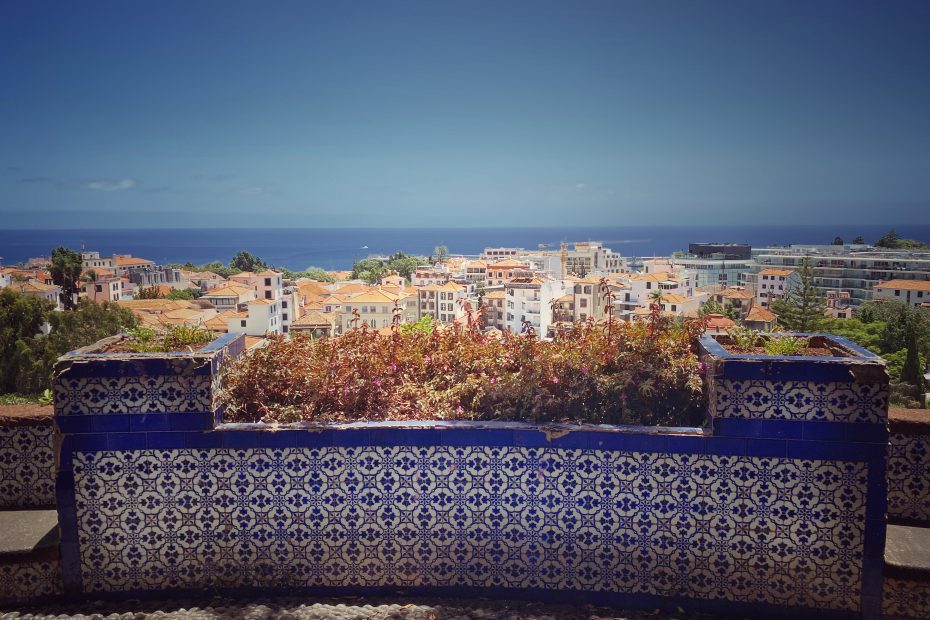 The grandson rambles by Eulalia’s steady hand. The possible inheritance is made by short sweet-voice incentives, in that grammar of affections that all children recognize as a haven. In this path with a defined destination, fastened to the certainty of a routine, the voids of three generations were distilled. Before the eyes of the grandmother and grandson, the covenant of many others. The noisy frigates of streets bellow and scattered lives also anchor at Miradouro das Cruzes. Here, among the cerulean tiles of the awaited frame, a city without haste awakens, at every moment, to the succession of time. In old postcards, it had been a place for the occasional tiredness and some forbidden loves.

There, on those angles of cold stone, the irregularity of humanity gained the strength of an urban dogma: between the bustle of everyday life and the laziness of a dream. In the shade of the old tree, there are also rumors of a continuous act that extends over the dome of the English church to languish across the bay, like the accidental laughter of a boy in the lap of an elderly woman. If the world has its mystical corner in the city, it will have its balcony too.