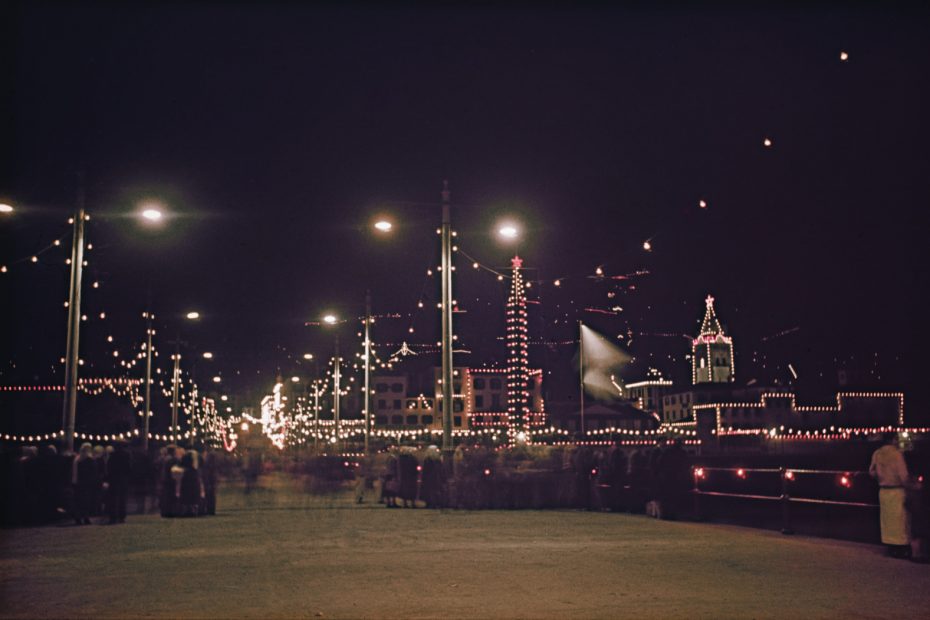 The hour clock-hand rushes through the imprecise line of what remains to be done. Usual colors and sounds join in a joyful dispute with the sharp aromas and that peculiar hue of molasses, which permeates everything, in the generosity of happy memories, trickling into crackers and cakes. Breaking through the fence of routine, Christmas arrives in the city with the mantle of a thousand and one lanterns at every corner, outlining the angles of everyday life in fantasy and assigning rumors of people across the streets. In the compulsory wandering, the culminating point of the excursion thru the season’s grocery stores (and hidden taverns), the “Mercado”: heart of get-togethers and stage of the effusive vows that extend to that familiar face (whose name escapes us) that bumps into us once per year, in an unfathomable whim of an insistent and repetitive universe. A stand of tangerines cloaks the senses of those who pass by, attracting the strolls deprived of certain destination and recalling the dryness that persists in the throat. Nearby, in another corner, “sapatinhos” and cedar branches, mosses and “cabrinhas”, elevate the spectrum of green to the rank of an Infant Jesus’ throne, on that Nativity set that remains to be finished in a distant vision of a grandmother’s living room, where a table with devious cookies awaits us. Finally, as an inevitable and irreplaceable parenthesis, the sandwich of “carne de vinha d’alhos”, consumed at the counter, as required by the lack of time of those who have their lives waiting around the new year’s corner. The “Festa” is reinvented by tradition – invariable in its strength, but always prone to create new memories and to leave a vacant place for the affections that arrive, stealthily, at our Christmas table.